As your local Burlington roofer, we love helping people in Burlington and surrounding Connecticut communities.

As a proud homeowner, you need a roofer in Connecticut that you can actually trust to give you the bottom line- no fluff, no runaround.  Rhino-Back’s management team has over 15 years of experience and has worked with hundreds and hundreds of happy homeowners to provide the best roofing services in Burlington CT.

We specialize in all phases of the roof replacement process. Our family here at Rhino-back is dedicated to serving your needs in a timely manner with an emphasis on quality craftsmanship as well as a commitment to customer service excellence.

Our fully qualified staff is here to assist you with roof replacement services in Burlington and are committed to our customer’s satisfaction!

We are a Burlington Connecticut Roofing Company with an A rating on Angie’s List, and a 5 star rating on Google and Facebook. So if you’re looking for a company that holds the highest standards for quality, craftsmanship and business reputation, you’ve come to the right place. It will be our pleasure to serve you!

Get a Burlington Roofing Estimate from Rhino-Back.

You can rely on Rhino-Back to solve many problems you may have. Contact our Burlington Roofers for an easy, convenient home consultation. Every home is different. So we will inspect your property and put together a detailed scope of exactly what your home needs.

Real Labor and Material Warranty Backed by the Top Manufacturer

Another reason you can trust Rhino-Back is because we are one of only a handful of roofing companies in Connecticut with an exclusive certification with one of the industry's top manufacturers! If something goes wrong, you’re backed with up to a 50-year labor and material warranty directly through the product manufacturer. A roof is only as good as the people who put it on and stand behind it. Most Burlington home owners agree, they need a company that carries a real warranty!

View a few of our completed roofs near Burlington below. 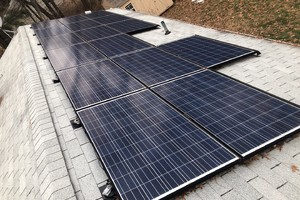 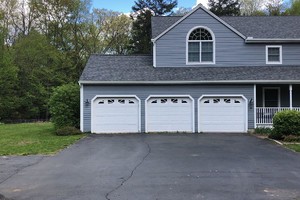 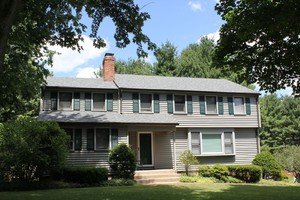 We decided to replace our existing roof so we contacted three local area contractors. One was more of larger company doing roofing all over CT, the other two were local guys. The larger company gave us a solid quote, but the person who came and looked at the roof was a total salesman. We had some questions about the roof that he could not answer but said he would have someone call us. The other local guy missed the scheduled time then did a drive by the house, providing a good quote, but never even talked to us. Then there was Mike from Rhino. Mike showed up on-time and was very friendly. He looked over the whole roof and even went into the attic to get a good feel for the job. He then spent about an hour taking us through the job, answering all our questions right on the spot. It was obvious he knew his stuff! Gave us outstanding advise that kept us from spending on unneeded modifications to the roof. Mike gave us a very solid quote. He was not as cheap as the larger company, but it was clear we would get an outstanding product from him and his team. I think that the other company was making up the costs on ridge vents along with some other cost cutting adjustments that Mike advised against. We took Mike’s advice and could not be happier. Josh, Mikes project manager was awesome. The team showed up on-time and knocked out the job in two days and we have a big house. They were so friendly and helpful, we cannot say enough positive things about the guys. As for the roof, it looks awesome!! Mike helped us pick the color and he was spot on! We love it! 10 for 10 for Rhino-back roofing – the entire team. It was worth paying a bit more for such quality work and advice.

Excellent! The company was very responsive and the workers were neat, competent and professional.

Get your free estimate today We work year round!

Very happy with my Roof!

Professional, On time, and great quality. Not your ordinary roofer. They strive to make you feel like family. No up-selling just straight what you want at the best quality of products.